Not a mess anymore! 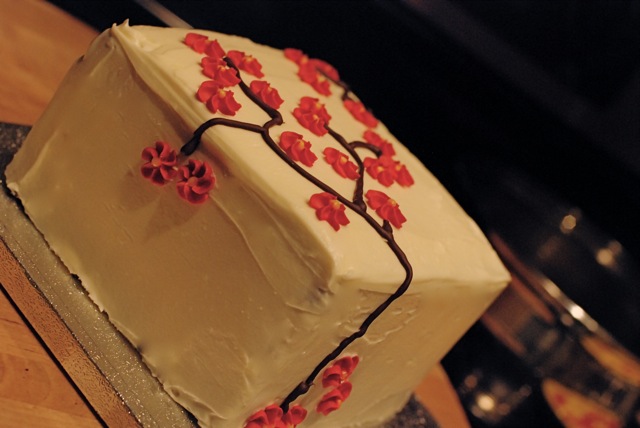 I began by trimming it down to a 5.5″ x 5.5″ square (okay, so it doesn’t look completely square, but are we really bothered about the quarter-inch deficit?). Much better. I followed most of the steps on how to prep a cake, madskillz picked up from my beginner’s cake decorating class and from watching my mom mess around with other people’s wedding cakes. 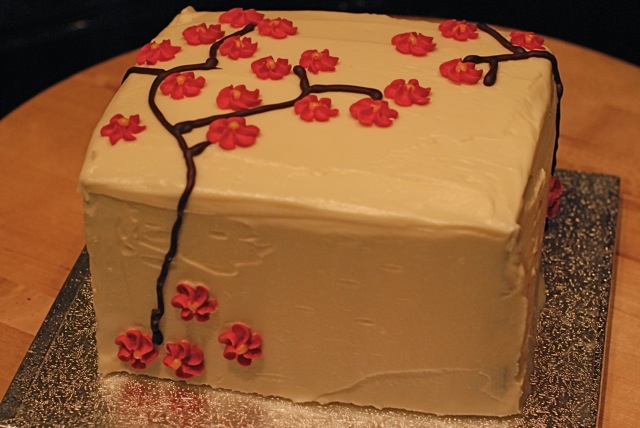 Topped it off with chocolate “branches” and royal icing drop flowers
Note: did not finish bottom edges in picture. Probably should’ve.

It’s for a friend’s birthday. We’ll see how she likes it tomorrow!